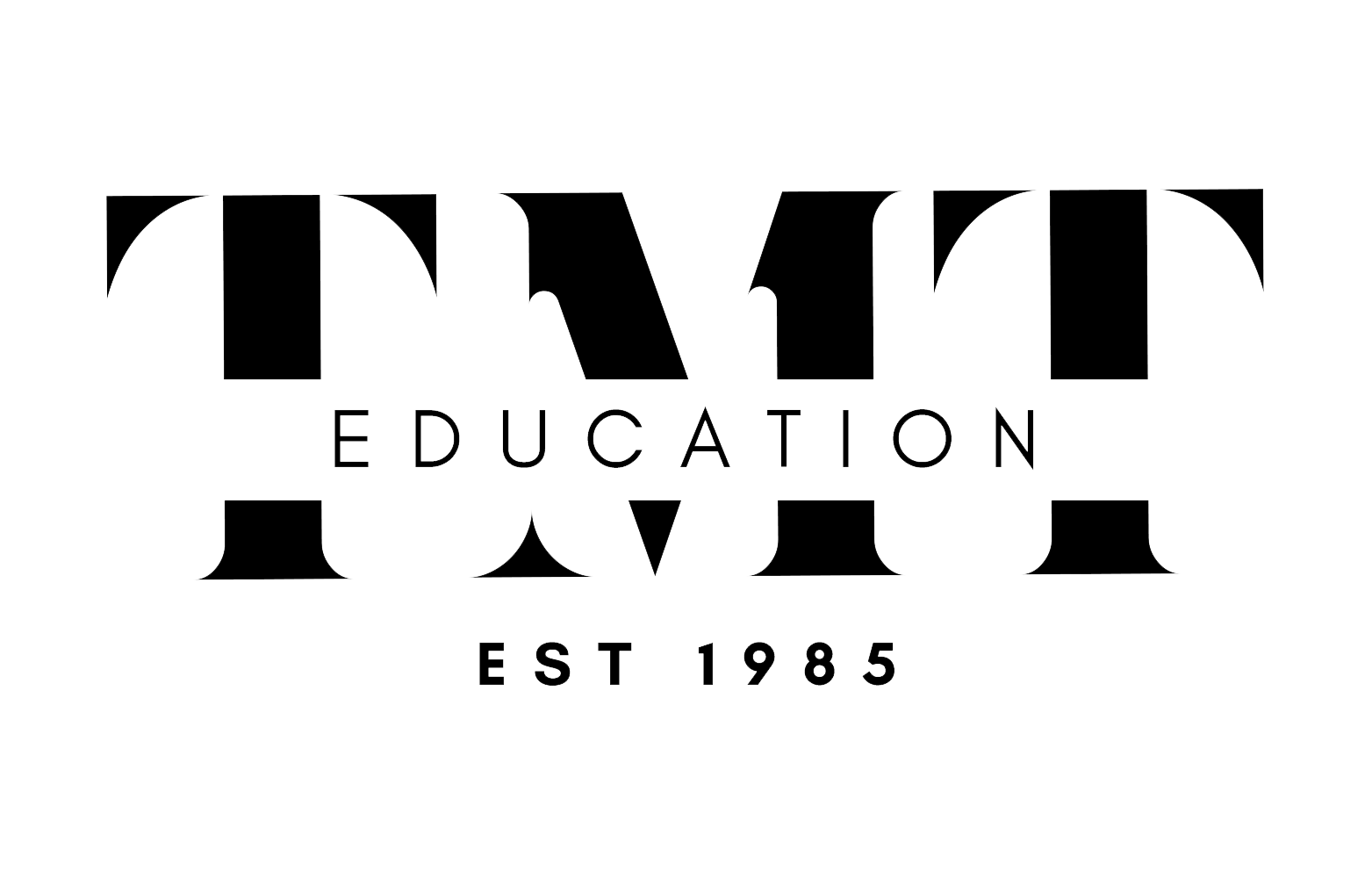 High-quality training and assessment mean students are well equipped for employment or further study; our qualification is seen as credible in the marketplace, and our trainers are chosen by their skill level, knowledge as well as holding the skills and competencies specified in our qualification.

In turn, high-quality training and assessment mean that employers can have confidence that vocational education and training (VET) graduates in the workplace will safely and productively apply the skills described by their qualification.

Our teachers, trainers, and assessors are qualified, knowledgeable industry working professionals, highly skilled in the chosen subject’s they deliver. The amount of training we offer allows the student time to perfect their newly acquired skills, long before they are ever assessed on a subject. Training in makeup requires consistent practice to perfect learned skills.

Students have ongoing access to excellent learning resources and facilities at TMT with full Makeup Library, Photo Studio, Product Resources, Access to Computers and or WIFI for design and topic research.

Assessment activities are fair and well explained prior to being assessed and students are given their strongly desired feedback, to assist in perfecting students application styles and knowledge. It is at this point where they can hone in on their skills, realizing what they are required to know if they want to work as an artist in the industry. It is simply a matter of practising specific tasks confidently to be able to go out and execute, our work experience program assists & encourages the student’s to get their on the job experience and excel at what they have learned in class. Confidence building for future Makeup Artist career goals.

The trainers all work across varied industries including film, television, theatre, TVC’s, Prosthetics, Runway, and Photography. They form an internal network of experts who continuously share their experiences and information within the school, providing both their fellow tutors and students with the latest industry techniques and professional skills. On many occasions, our tutors will take promising students out on jobs as their assistants adding tremendous value to the student’s industry work experience and makeup knowledge.

Fiona has been involved in the Entertainment Industry for over 21 years and has worked as a Makeup Artist and hairstylist for over 19 years and has experience in many areas including Film, Fashion, Television, Theatre, Commercials, and Body Art, specializing in all things Theatre, working at the Sydney Opera House in the Makeup and Wig Department for the past 17 years. She works on many shows preparing the performers makeup and wig application as well as frequent publicity shots for Opera Australia with performers such as the late Dame Joan Sutherland, Joan Carden, Cheryl Barker, and Peter Coleman-Wright, and conductor Simone Young. Other theatre credits include The Story of Abby, L’Orfeo, and Away.

Rapidly developing a reputation for genuine artistic originality and versatility delivered with inimitable personal quirk, Chereine Waddell was voted AHFA Make-Up Artist of the Year 2016 and MAGAP Creative Makeup Artist of the year 2019 & 2020, being placed number one on the judge’s scorecard by none other than global industry icons Val Garland and Dotti. “There is a distinct aura to her artistry. Her technical execution is flawless, her creativity just magical” – Val Garland

With a strong background in fashion, fine arts and SFX it was Chereine’s innate understanding and appreciation for colour, design and technique that initially drove her into a career in makeup. Now, with a very holistic approach to her craft, Chereine oscillates fluidly between photographic and editorial work, working alongside esteemed Hair, Fashion and Beauty photographers, with work published in Elle China, Vogue Italia online, Culture, Oyster, Peppermint, Laud, The Journal, Lucy, Factice, Vulkan, The fashion journal, Schön and the list goes on.

A strong advocate for knowledge & sharing, teaching has always played an important part in Chereine’s vocational path. An 10 year tenure across various private and public makeup colleges, Chereine takes on the role of Make Up Educator charged with the cultivation of the next gen, mentoring many aspiring artists along the way. She regularly shares her knowledge and skills in collaboration with industry education workshops.

Her role as beauty editor for Australian hair fashion and beauty magazine Laud, saw her orchestrating creative shoots and pitching concepts for editorials while regularly conducting industry interviews, creating community between the fine art and fashion worlds. She continues to thrive on cross pollinating multidisciplinary skills to create unique imagery that tells a story and questions perception.

Challenging artistic boundaries with efficiency, skill and balance, Chereine inspires and excites the senses by enhancing beauty in its many forms, the boundaries of imagination the only ceiling to her creative thought processes. While her signature looks are bold and sometimes daring, her ability to simultaneously create stunningly fresh and flawless faces positions her at the forefront of beauty shoot appointments and eagerly engaged by photographers who insist on complexion perfection.

Spirited and youthful, in 2021 this talented MUA is set to launch her first book entitled Beyond the Face, a highly personal anecdote, a creative catalogue of over 60 Make Up images, accompanied by a unique personal inspirational stimulus from her childhood. Pre-release sign up available at chereinewaddell.com along with her first collection of professional educational masterclasses, suited to the novice or the pro wanting to learn, up skill or expand into makeup for photography.

Chereine is based in Sydney, where she shares her life with her photographer husband Jarred Stedman and their pug Popsicle.

Rachel Dal Santo has worked and enjoyed her passion for Makeup Artistry since 1981. An early interest in theatre lead to an opportunity to train with Dawn Swane from the 3 Arts Makeup Centre.

After completing her studies, Rachel joined the makeup department of Channel 7. The 1980’s were a great time to be in television, with many productions being produced! Highlights during this time include working on “A Country Practice”, “Home and Away”, various game and sporting shows as well as news and current affairs. A promotion to Head of the Makeup Department in 1991, gave Rachel the opportunity to supervise over 20 staff. Rachel enjoyed the challenge of coordinating the studio makeup and hair styling requirements until 2001.  Another career highlight came when Rachel oversaw the makeup requirements for the network’s coverage of the Sydney 2000 Olympic Games.

A new chapter as a freelance makeup artist followed with opportunities to work as one of a large team on such films as “The Matrix” and “Mao’s Last Dancer”.  Further opportunities in television were also enjoyed working on “Crime Scene Investigations” and various television commercials.

Throughout her career, Rachel also operated a successful wedding makeup business. Ensuring customer satisfaction is always a priority for Rachel, and receiving repeat business from happy clients is something Rachel finds rewarding.

A return to theatre has given Rachel an opportunity to enjoy her “first love” while working with young actors and opera singers as guest lecturer at NIDA (National Institute of Dramatic Art) and the Conservatorium of Music.

Most recently, Rachel has focused on teaching her craft at various makeup colleges. Nurturing the talents and young careers of the next generation of makeup artists allows Rachel an opportunity to pass on her knowledge and passion for her craft.

Rachel enjoys the opportunity to share her knowledge with an international audience at TMT. Rachel brings many years of face to face teaching & tremendous amount of industry experience and expertise to share with TMT students.

Jessica has worked in the Theatre and Film world, on production as hair cutter on Angelina Jolie’s feature film “UNBROKEN”, Les Miserables head of wigs department and a hairstylist on the feature film “Great Gatsby”. She has knotted human hair wigs for stage shows such as Wicked, Moonshadow, The King and I and Strictly Ballroom. Also making several pieces of facial hair, including mustaches, beards, and sideburns for Mary Poppins.

Gordana previous head of Makeup and Hair at Channel nine Sydney, since leaving this demanding role, Gordana has continued to freelance as celebrity makeup and hairstylist for Australian and International celebs. Also adds tattooing as well as Eye Brow expert to her long list of credentials, Gordana is a guest tutor and shows her learned skills to our students, upcoming artists. check her out at www.drfreckleandmrhide.com

Danielle is famous in the makeup industry for her SPFX and television work, creating amazing looks in ghoulish bodies working on the Wolfe Creek franchise. She has been a makeup artist on the junket tours of many Hollywood films including Inglorious Basterds, Little Women, Skyfall, Brave Heart, and Mamma Mia. Throughout her career, she has made up a plethora of Hollywood stars including two Bond Girls – Caterina Murino (Casino Royale) and Bérénice Marlohe (Skyfall) as well as James Cameron, Leslie Mann, Paul Rudd, Seth Rogan, and Jack Black – just to name a few. She has also worked on music videos, commercials and many of Australia’s favorite television shows including All Saints, White Collar Blue and currently ABC’s The Checkout.  www.daniellesnashell.com.au

Kelly started her career at The Makeup Technicians and continues to amaze with her beautiful work. Kelly moved to the UK where she firmly established herself in the European market. She worked on several advertising campaigns with Apple, Dove, Herbal Essences and Sainsbury’s.  She was also recruited as a freelance artist for Hourglass Cosmetics, which is one of the worlds most sort after luxury brands. Throughout Kelly’s career, her work has been featured in various publications such as Cosmopolitan, Frankie, Russh, Elle UK and Stella UK. Most recently Kelly has worked on the makeup team for Australia’s Next Top Model and The Voice in 2016 and continues to work on The Voice 2017.

Andrew first studied Graphic Design after leaving school, leading him to a hobby of photography and photographic makeup.  From here he was encouraged to consider Makeup as a career, taking up studies full-time at TMT.  He graduated top of his year in June of 1994.

Freelancing in Photographic makeup,  Corporate Film,  Television, and Theatre.   He started with The Australian Opera in May of 1995 and was soon offered a full-time position, becoming Deputy Head of Department in 1996 when the company became Opera Australia.  In 2006, Andrew was promoted to Head of Performance Wigs & Makeup where he continues today after 22 years service in the department.   He has worked on every in-house production by Opera Australia since he started with them and has toured to Melbourne, Brisbane, Adelaide, and Perth apart from being based at the Sydney Opera House.   In 2010, he toured to Scotland with Neil Armfield’s  Australian production of “Bliss” for the Edinburgh International Festival with OA. Andrew also appears as a guest tutor at Theatrical Makeup Mentor with the Young Scholars of the Melba Opera Trust in Melbourne.

Lisa has been a makeup artist and hairstylist for over 20 years. Lisa has worked in photographic, magazine editorials, corporate videos, TVC’s, television, films, and private special occasion work. Lisa has a passion for SPFX makeup, wounds, death, character design, creatures, and prosthetics.Lisa’s love of SPFX took her career into science and she completed a Bachelor of Science (forensic science) and a Bachelor of Honours (Science), enhancing her knowledge and understanding of cosmetic chemistry and product formulation. Lisa has freelanced for Channel Nine, SBS and ABC, numerous commercials including Arnott’s Tim Tams, and Australia Day campaigns, as well as working as Head of Special Effects Makeup for the major motion picture “Wyrmwood” Lisa brought her talent to the Makeup School in 2016 and we haven’t looked back with her awesome creative talent.